Many of the challenges be-devilling the Nigeria poultry industry e.g. poor quality of chicks by some hatcheries, substandard drugs, break in vaccine cold chain, high level of toxins in feed materials and finished feeds, poor regulation etc., logistics is another major challenge faced by the industry. Movement of birds from one place to another is majorly left in the hands of un-lettered and un-trained persons who overload their vehicles with the sole aim of profit maximization per trip with little concern about the safety delivery of the products (DOC).
Day old chicks are very fragile and highly sensitive to stress factors especially heat stress hence the need to handle them with great care during transit. Transporting them from one part of the country to another is really a very sensitive job that requires huge investment to put in place the necessary facilities and to limit stress, ensure their safety arrival and smooth take off on the farms where they will be reared. Apart from the facilities, the personnel who transport chicks need to be properly trained on chicks handling. But in Nigeria little respect is paid to human’s life let alone that of animals. Transit related mortality is inevitable in this clime because of the way and manner chicks are usually handled. No breed of chicks is immune to this menace but broilers and imported turkey poults suffer the greatest because of their body sizes which make them highly susceptible to heat stroke. Apart from this factor, a number of factors also other contributing factors to this problem are:

THE IMPORTANCE OF PRECISION IN POULTRY PRODUCTION

Related Articles
We will be happy to hear your thoughts

All you need to know about Noilers

HEAT STRESS AND ITS MANAGEMENT IN POULTRY PRODUCTION ( Part 2)

Our vision Is to be the best online agro-allied company, making available quality products and services at affordable prices and making delivery to all our clients all over the nation promptly. 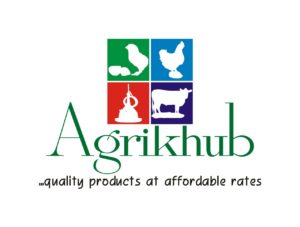