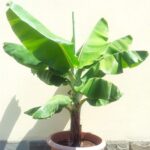 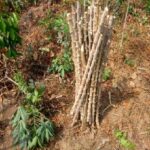 We supply suckers that were bred from high-performing sucker-producing parent plants and they are reputed for rapid growth, early fruiting, and high yield potential.

A sucker is a plant growth that develops from the rootstock of a plant that has undergone grafting.

A pineapple plant flowers only once and produces one pineapple. Then it dies. But before it dies it also produces offspring.

Be the first to review “Pineapple Sucker” Cancel reply