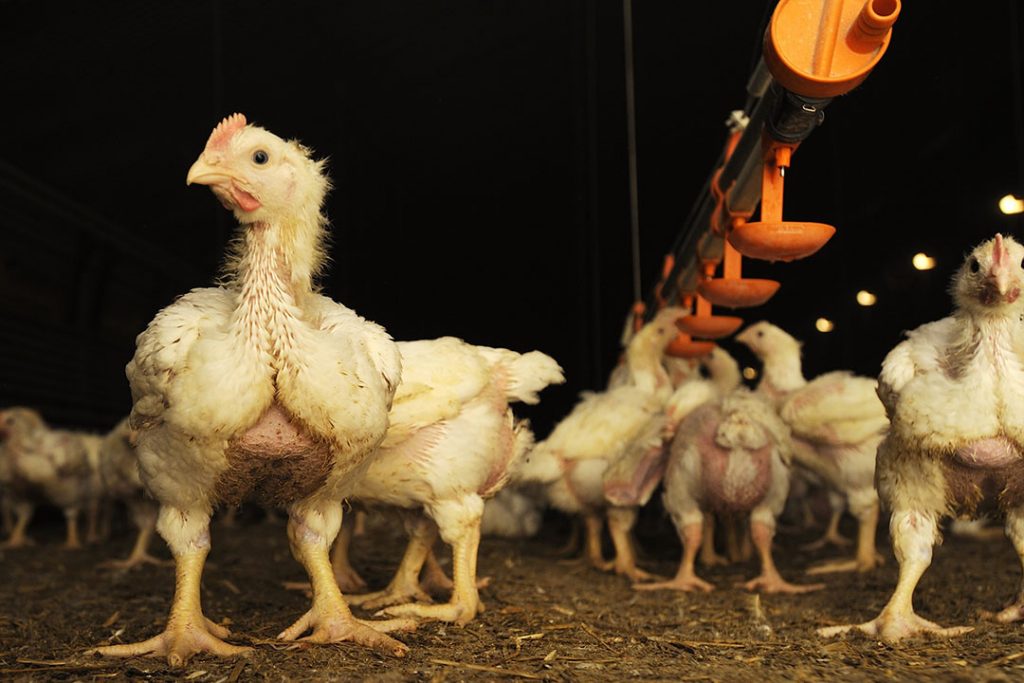 The major goal of most broiler farmers is to produce table sized birds of either 2kg-2.3kg and 2.8kg-3kg at 6weeks and 8weeks respectively. Achieving this goal is vital as this to a great extent will determine the profitability and the growth of the business. On the field, this goal is mostly not achieved majorly due to a number of factors which lack of adequate knowledge on the science of poultry production is one.

Some of the reasons for poor growth in broiler production are: 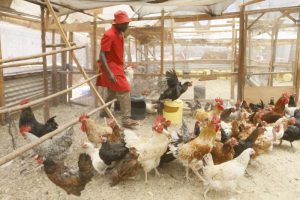 Poultry husbandry is purely a science and to get the best out of any flock it must be practiced as such. In broiler production, to attain the desired/recommended body weight goes beyond buying chicks and feeding them on a daily basis. Most people jump into broiler production without undergoing any form of trainings and those that even underwent any form of training got trained by fellow farmers who learnt by trial and error over the years. In as much as some level of knowledge can be passed across by these folks, any serious farmer should not rely solely on this form of training to kick start their own project as the majority of these people lack the basic understanding behind whatever they are doing hence trouble-shooting to arrive at a possible solution becomes a difficult task when what they believe they know is not working.

Professionalism plays a major role in raising birds of expected size and weight. A little deviation in expected size at cull can seriously eat into the profit of the venture. The most painful thing is most farmers loss their profit without realizing it because most hardly keep an up to date financial record of their flock hence they erroneously believe they are making profit but in the real sense of it, they are making huge losses and their capital erodes with each production cycle. 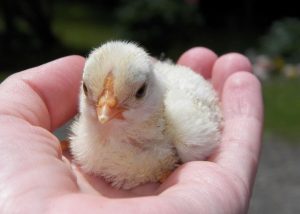 Nigeria’s poultry space is currently unregulated and a lot of adulteration goes on in the industry and this is why a farmer must be mindful of the source the chicks. Good feeding and management can only bring to bear the inherent genetic potential of the chicks and if the chicks are produced from crosses of two different breeds, the chicks will never manifest their full potential because they are mongrels and not full breed. Despite the poor regulation of Nigeria’s poultry space as we speak, no serious producer who is mindful of her image and brand credibility will indulge in such practice as this will affect their market badly.

Diseased parent stock and poor hatchery conditions leading to excessive dehydration of chicks and poorly healed navel can contribute greatly to poor growth performance of chicks as this will prevent the chicks from having a smooth start. Also excessive stress especially during hot season of the years is another major factor. 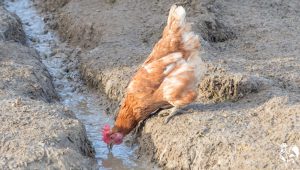 Water by far is the highest nutrient that a bird will consume throughout its life cycle. A bird will consume double or triple of the daily amount of feed consumed depending on the season and the prevailing weather conditions. In actual fact, water is the number one carrier of infectious agents to birds as more than 50% of poultry diseases are water borne. During the early stage of life, chicks are very fragile due to their poorly developed immune system. At this stage, their exposure to pathogen should be minimal as they cannot fight these pathogens. When exposed to a rather huge amount of disease causing agents at this stage, their health become compromised leading to poor appetite, poor growth, and huge mortalities if not timely attended to. A supply of clean and cool water is very vital for the smooth take off of chicks. It must be clearly stated that the fact that a water sample is clear does not imply that such is free from pathogen. In actual fact, most of clear water supplied to birds on farm is laden with serious level of pathogens and to achieve good water sanitation on the farm, water treatment with chlorine/iodine based sanitizer becomes necessary. Other method of water treatment are water acidification, treatment with UV light etc. 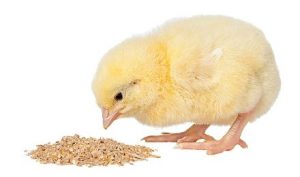 The first few weeks of life post hatch is very important to poultry in actual fact, the first few hours (24-48 hours) play a vital role in the life of chicks generally. Accessibility to highly digestible feed at this stage of life helps in laying a solid foundation for outstanding future performance. This enhances not just proper growth and development of chicks but also, yolk utilization, gastro-intestinal development, immune system stimulation. Though it might not be practicable to expose chicks to feed few hours after hatch due to factors such as sorting, boxing and transportation but to ensure that chicks are get on to a very good start, farmers must ensure that they expose the birds to feed as fast as possible possibly immediately the chicks gets to the farm or few hours after stabilization. This means that the brooder unit must be prepared ready and warmth to the right brooding temperature prior to chicks’ arrival with all necessary equipment (chicks feeders, chicks drinkers, thermometer etc) all in the right quantity evenly distributed to give each chick easy and equal access to feed and water.

Additionally, there is a standard expected daily feed allocation for each breed of chicks and for the chicks to fully manifest their full genetic potentials in terms of growth they must be fed according to their breed standard. Since 70% of the feed fed to birds generally are used for maintenance, the remaining 30% is split between growth and fighting off diseases. Any chick which is seriously underfed will have its growth seriously impeded. Assuming it is recommended that a chick should be supplied 20g of feed on a particular day but just 15g is supplied by the farmer, the increase in weight for that very day is already jeopardized and if such is reoccurs repeatedly during the course of the chick’s life, such will never growth to standard and after a while stunting/runting will set in. At times, some farmers do supply the required feed to their flock but some of these feed are wasted due to wrong equipment or the practice of just dumping feed for the day early in the morning in feeders. This will encourage the chicks to scratch and waste a good part of the feed been supplied. Apart from wastage, dumping of feed makes feed to lose the fresh and enticing savor making the flock show less interest in feed which will later result to poor growth performance.

The supply of cool and clean water in adequate amount is also a vital part of nutrition. 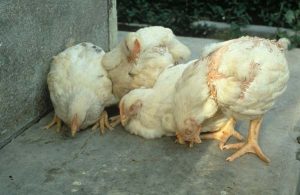 It is a well known fact that a diseased bird can never perform optimally. This is so because most diseases cause depression of appetite and even the little feed that is consumed is major utilized for maintenance and fighting disease while little or nothing is spared for growth and development. Some poultry diseases e.g. coccidiosis, ocratoxicosis etc causes serious injury to intestinal linings reducing the rate of nutrient absorption along the intestine. Majority of the end product of digestion are lost in feces. 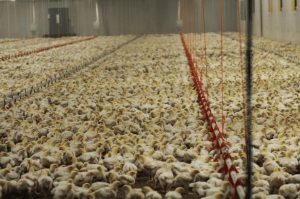 Overcrowding is simply stocking a pen beyond its actual capacity. Some of the effects of overcrowding are poor growth performance, poor little quality, disease outbreak, vices such as pecking, increased feed conversion ratio and increased morbidity and increased mortality. 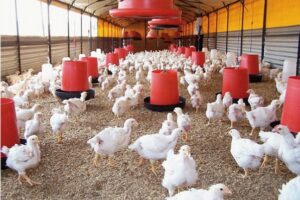 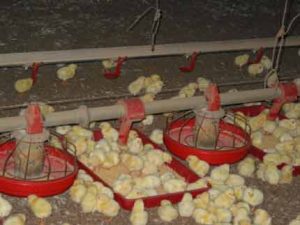 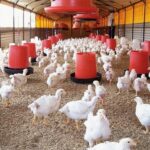 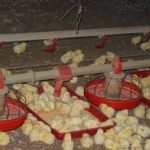 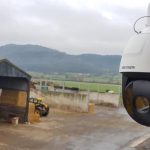